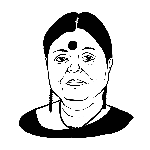 When Congress announced Deepa Dasmunshi's candidature from Raiganj, it effectively put the final nail in the coffin for the Congress-Left alliance in West Bengal. As per initial agreement between Congress and CPM, the parties had decided not to field candidates against each other in the six seats both parties cumulatively held in the 2014 polls. But fearing Dasmuni's rebellion, Congress announced her candidature against CPM's Mohammad Salim. Salim had defeated Dasmunsi on the same seat in 2014 Lok Sabha polls. However, Raiganj historically has been a Congress stronghold; Dasmunsi was elected to Parliament from the seat in 2009 and before her, her husband and veteran Congress leader Priya Ranjan Dasmunsi had held the seat since 1999. The constituency has a dominant Muslim population and the contest between Dasmunsi and Salim is likely to run close, just as it did in 2014, when the CPM leader had defeated Dasmunsi by a margin of mere 1,643 votes.