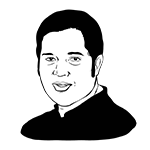 Varun Gandhi, sitting MP from Sultanpur, has swapeed seats with his mother Maneka Gandhi this Lok Sabha elections. The BJP leader, known for his controversial statements, is contesting from Pilibhit. The seat has been a stronghold for his mother, who has been elected to Parliament from the seat six times.

Gandhi is facing Samajwadi Party's Hemraj Verma, who also has the BSP's backing. Verma, who belongs to the Lodh caste, is banking his community to vote for him in large numbers, in addition to the Dalit and minority votes that he expects to fall in his kitty.

But Gandhi enjoys a familial bond with the constituency and is invoking that connect in his rallies in the region. Gandhi caused a stir recently with his comments on the BSP candidate in Sultanpur, while campaigning for his mother. "I am Sanjay Gandhi's son, I get such people to untie my shoelaces," Gandhi said.