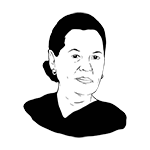 Former Congress president Sonia Gandhi has held the Raebareli Lok Sabha seat, considered her fortress, since 2004 and there is little chance the result will be otherwise this time around.

BJP has fielded a local leader Dinesh Pratap Singh against Gandhi, but he is unlikely to pose a formidable challenge. In 2014 Lok Sabha elections, Gandhi had defeated the BJP candidate Ajay Agarwal by a margin of over 3,50,000 votes. Congress failed to form an alliance with SP and BSP in Uttar Pradesh and is in poll fray all by itself in the state.