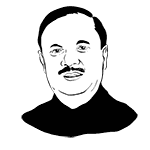 The Union Culture Minister is the sitting lawmaker from Gautam Buddh Nagar. He will take on the BSP's Satveer Nagar and the Congress' Arvind Singh along with 10 other candidates. Sharma too had rode the Modi wave in 2014 and won by a margin of over 2,50,000 votes. This time, things may not be so easy for him. Evens some sections of BJP workers in the constituency were displeased when his candidature was retained from the seat and many believe that he has not done much work and faces anti-incumbency. Large sections of farmers in region also feel neglected and Sharma himself has admitted he could not give as much time to his seat as he was looking after ministries. That may not go down well with the voters.