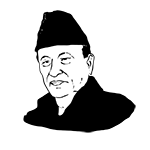 Azam Khan has often courted controversy with sexist and absurd statements, and this election season is no different. The SP leader's 'khaki underwear' remark against BJP's Jaya Prada led to uproar and censure from the Election Commission. The two leaders are locked in head-to-head battle in Rampur, Uttar Pradesh.

Khan and Prada were close associates once and the SP leader claims to have brought the actor-turned-politician to Rmapur and introduced her to politics. They now stand against each other in bitter rivalry. Khan had helped Prada win 2004 elections from the seat, but the leaders fell out and the two have been locked in a verbal duel since then. The upcoming Lok Sabha elections will help settle them the fight once and for all. With over 50 percent Muslim population in the constituency, absence of a Congress candidate and the alliance BSP, the contest is poised in Khan's favour.