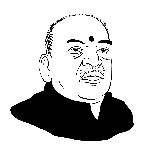 BJP's Pon Radhakrishnan, a sitting MP and a Minister of State in three ministries, is seeking re-election from Kanyakumari. But the BJP leader is locked in a close fight against Congress' H Vasanthakumar, the candidate whom he had defeated in 2014 Lok Sabha polls to register BJP's lone win in Tamil Nadu. There is considerable anger among locals, especially fisherman, against Radhakrishnan for his Enayam container terminal project. Fisherman also say the sitting MP did not visit them when Cyclone Ockchi hit the region in 2017 and killed 100 fisherman. Voting equations will also be different this time as Congress-DMK-CPI(M) combine are taking on the BJP-AIADMK alliance and a lot will depend on consolidation of votes. The Christian Nadar community and fishermen had voted in favour of AIADMK last time, but they could sway toward DMK-Congress-CPI(M) combine this time around in light of AIADMK's alliance with the BJP.