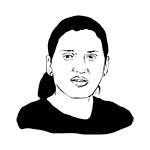 Krishna Poonia won Assembly polls in Rajasthan from Sadulpur in December 2018 and has been handed a ticket for Lok Sabha in quick time. Congress is hoping the 2010 Commonwealth Gold medalist in discus throw can hold her own against Rajyavardhan Singh Rathore.

The important factor, however, is that Poonia is a Jat and Rathore is a Rajput and Congress is hoping that polarises votes in the region. People from Jat community in Jaipur Rural would refrain from voting for Rathore in presence of a candidate from their community.