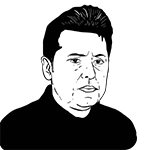 Former union minister Manish Tewari has been fielded from Punjab's Sri Anandpur Sahib seat by the Congress. To balance the caste equations, the party decided to go ahead with Tewari's candidature for what it considered as Hindu-dominated seat. However, most of the political parties have considered Sri Anandpur Sahib as a Sikh dominated panthic seat, as one of the Sikhs' temporal seat — Takht Keshgarh Sahib — is situated here. It has been learnt that Capt Amarinder and Asha Kumari has backed Tewari's name for the Hindu-dominated seat, which, after reluctance, accepted by the party high command.