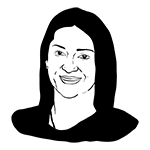 Priya's brother, popular actor Sanjay Dutt, has been campaigning for her in the constituency. Dutt would be hopeful as the seat is considered a stronghold for the Congress and she had garnered 34.51 per cent of total votes in 2014 Lok Sabha polls, despite a Modi wave.