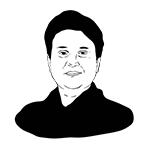 Jyotiraditya Scindia has held Guna seat in Madhya Pradesh since 2002 and there is little evidence that he will be toppled this time around.

Scindia, who is also the Congress General Secretary for Uttar Pradesh West, is up against BJP's KP Yadav. Guna is a Scindia stronghold; the seat has been held by the Congress leader's father and grandmother in the past. His attention has been divided between MP and UP, and his wife Priyadarshini Raje had been campaigning on the seat in his absence. Scindia has invoked loan waivers implemented under the Congress government in his campaign speeches.