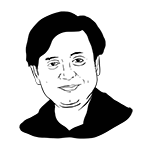 Shashi Tharoor is the incumbent Congress MP from Thiruvananthapuram. A former union minister, he represents the United Democratic Front. Even as Tharoor eyes a hat-trick win, it has to be recalled that his vote margin saw a big dip in 2014. While Tharoor defeated CPI candidate P. Ramachandran Nair by almost a lakh votes margin (99,998) in 2009, five years later (in 2014) he witnessed some nail-biting moments before emerging victorious against BJP veteran O. Rajagopal. The margin had come down to 15,470 by then. The former diplomat professes there is "no Modi wave at all", different from how the scene was in 2014.