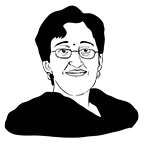 Hailed for her role in transforming Delhi government schools, AAP's Atishi is a favourite from East Delhi and enjoys considerable goodwill and support for her work in the field of education. However, former India cricketer Gautam Gambhir, who is making his political debut on a BJP ticket, and Congress' Arvinder Singh Lovely, an experienced Legislator from the region, pose difficult challenges for the AAP candidate.

Atishi's test is whether ground work will triumph over religious and caste-based polarisation. The AAP candidate was forced to drop her surname ‘Marlena' after political opponents started spreading rumors over her religious beliefs.