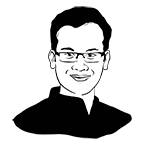 Son of former Assam Chief Minister Tarun Gogoi and sitting lawmaker from Kaliabor, the Congress leader will take on Moni Madhab Mahanta from the Asom Gana Parishad. Gogoi has had considerable campaigning support as well with party president Rahul Gandhi, his father, and actress Nagma lending a hand. Kaliabor is believed to be a Congress stronghold and Gogoi had won the seat in 2014 by defeating Mrinal Kumar Saikia of the BJP by 93,874 votes by securing 38% of the votes.